Oh, I LOVE Birmingham by boat!

The climb is hard work. 38 locks surrounded by factories and tower blocks can only reasonably be described as 'torture.'

But afterwards, we found ourselves in a waterfront apartment in the trendiest part of town, with dozens of pubs & restaurants to choose from! Harvey Nicks' champagne bar is two minutes walk away.

The only downer: I was exhausted after 38 locks in the pissing rain and slipped off a wet gunwale while mooring.

I've always been strict about holding the rail while walking the gunwales, and was painfully vindicated by way of a single wet foot and a hurt pride. (If you're going to fall off your boat, do it in Gas Street Basin in front of thousands of onlookers.) Nothing worse than a hurt shoulder, but it could have been so much worse. 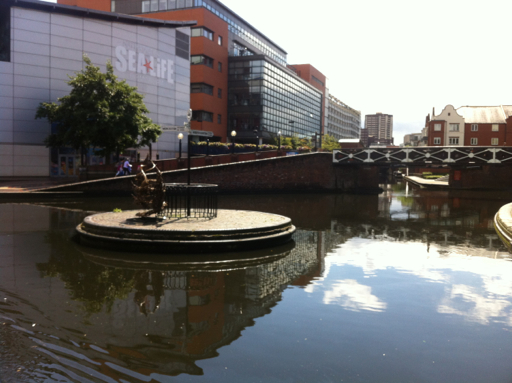 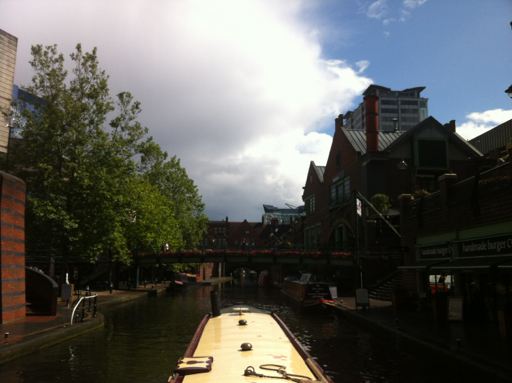 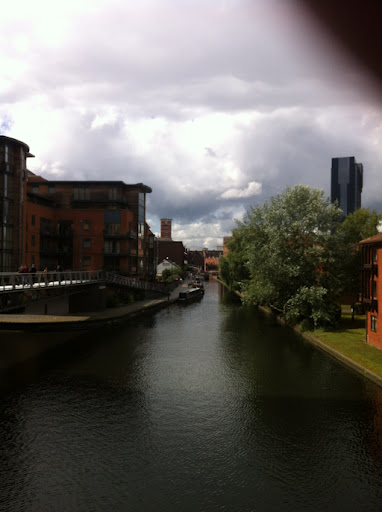