Sadly, the York800 Flotilla has been cancelled.

After all my 'big talk' in the last blog post, it makes me look a bit silly, doesn't it?

We found out while cruising up the Ouse on a very high tide and heavy rain, in convoy with the wonderful crew of NB Cheswold (more of them in a moment...) and the rozzers aboard the waterways enforcement boat Yorkshire Ranger.

I've never seen the water levels below Naburn Lock this high without the lock being closed - there is normally a rise of almost two metres. We arrived at the lock and were advised by the lock keeper and the Flotilla organisers to "moor somewhere safe."

While in the lock, something unexpected happened. The throttle cable snapped. Now, let me give you some advice: always make sure that when your throttle cable snaps you are alongside a boat crewed by a professional engineer who loves mending boats & carries spare throttle cables, and his lovely partner will make you a gin & tonic as he gets to work.

Not only was the cable repaired, but the cause of the snap was identified: the cable had welded itself to the exhaust, preventing flex, and had snapped at a point near the throttle lever where it frequently bends (see the picture.)

We then fought our way upstream to the city centre, where York's infamously poor facilities for visiting boaters were exposed. No floating pontoons for visitors on a river known throughout the land for rising and falling up to twelve feet without any warning.

In all, eight narrowboats made it into Foss Basin, where the moorings were underwater, and we all tied on to each other alongside local boats which were on safe moorings.

All I can say to the organisers of the Flotilla and the people responsible for the local river: "for shame, York, for shame." 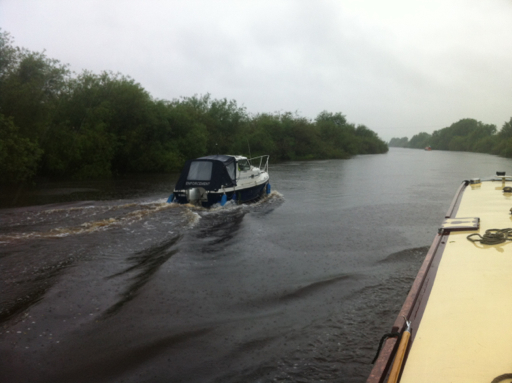 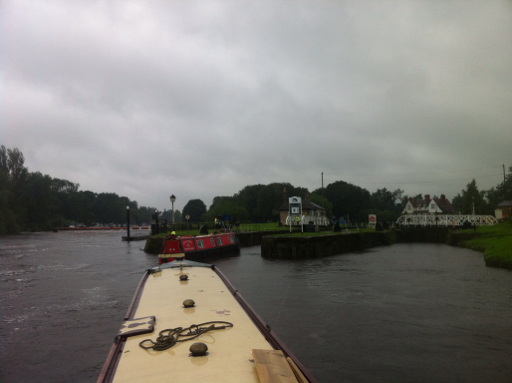 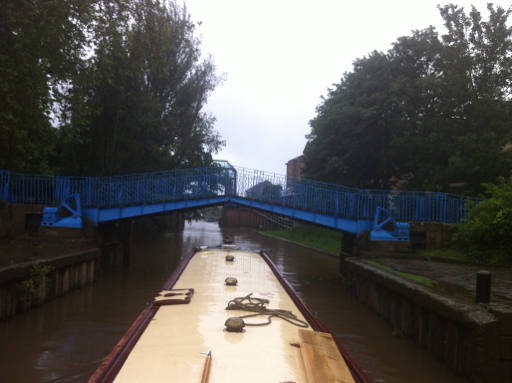 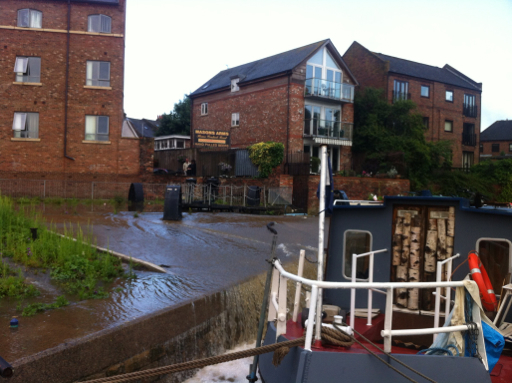 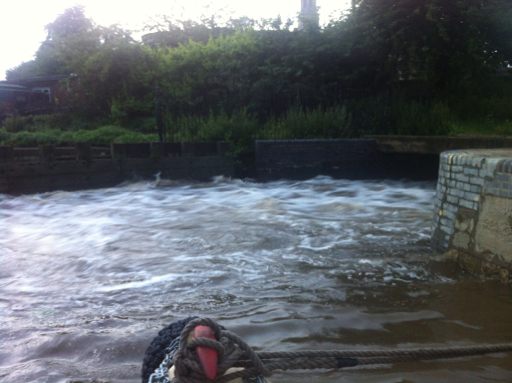 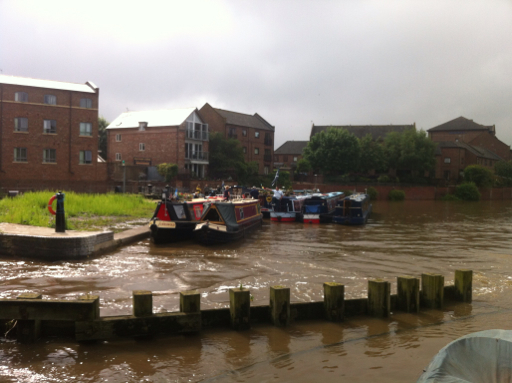