Yesterday's twelve hour slog has put us in a great position: two days to complete just eleven hours (23 locks) journey to the bottom of the Standedge Flight.

So we started lazily, with a lie-in and a cooked breakfast. The children have already settled into the boat routine, with bedding and pyjamas neatly stowed and the carpet vacuumed before breakfast. Why aren't they this good at home? Mic's breakfast in bed, melon & tea, was particularly appreciated.

After a quick pause to restock the kitchen in Ashton town centre (how did Asda get a canal tunnel named after them?) we climbed the locks through the "moody" urban landscape. The further from Ashton we got, the prettier the surroundings became until, eventually, we left the anti-vandal locks behind and once again found ourselves cruising through idyllic English countryside.

We found evidence that British Waterways is operating a covert 'No Nookie' policy: Gareth stopped for a shower at the Heyrod facilities, and the hot water ran out just as he had added the shampoo - forcing him to rinse with cold water. Serves him right for not using Honey's shower.

And finally, just as we started to think about mooring for the night we met a boat coming the other way (the only one of the day!) It was Odyssey, owned by Hugh's Year 1 teacher, with her children - including one of Théa's classmates. 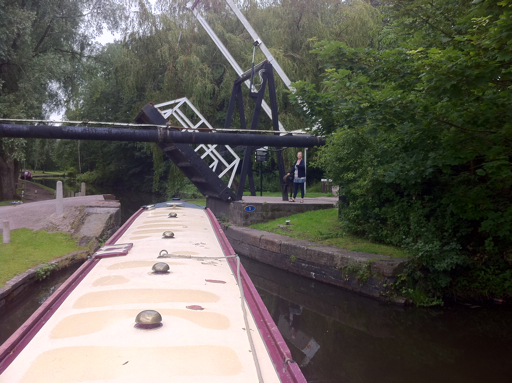 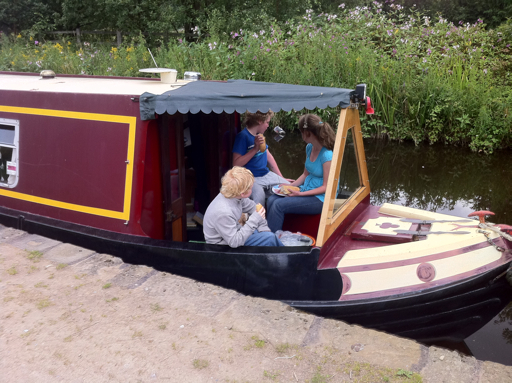 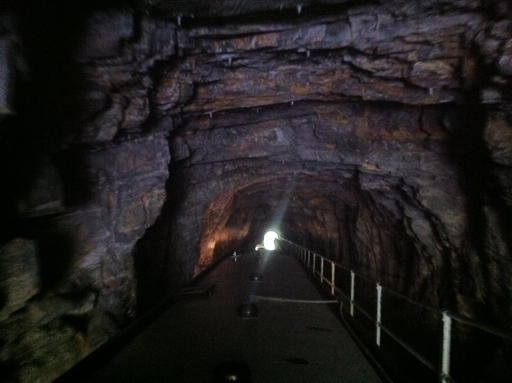 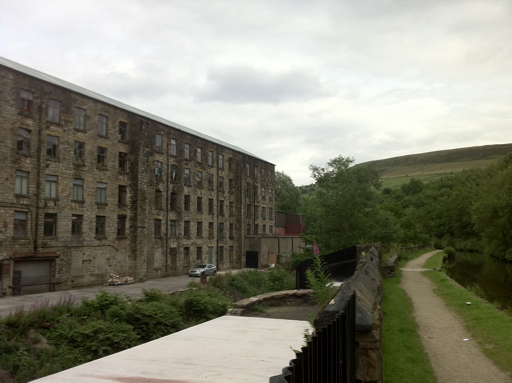 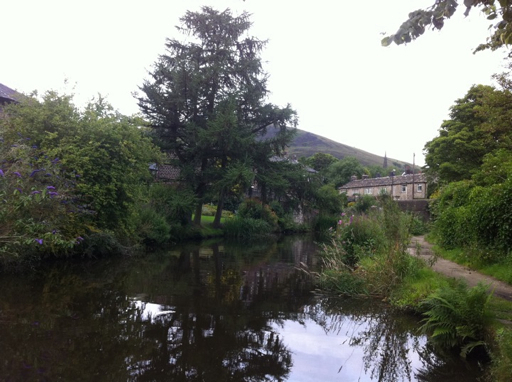