We're now in the Victorian Model Village of Saltaire, founded by the industrialist & philanthropist Titus Salt on the banks of the River Aire in 1851.
The idea of a model village was popular among the people enriched by the Industrial Revolution, improving the living & working conditions not just of their workforce, but also their families as well.
Edward Akroyd built Copley, David Dale built New Lanark, George & Richard Cadbury built Bournville, and Joseph Rowntree built New Earswick. They all shared the common theme of affordable houses with gardens, parks, churches, school, libraries and meeting rooms.
So between Leeds and Bradford is a very pretty small town dominated by Salt's Mill, which straddles the canal and now contains David Hockney's art gallery.
We spent the afternoon exploring the culture & history, scoffing ice-cream, and meeting our boaty friend from the Dutch Barge Halcyon. 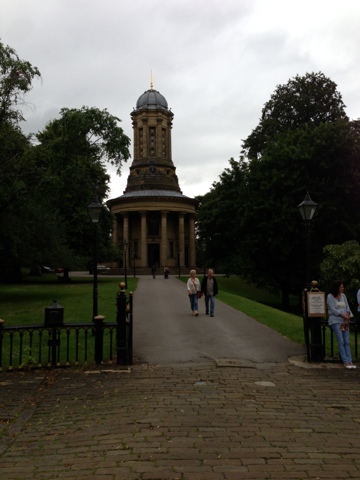 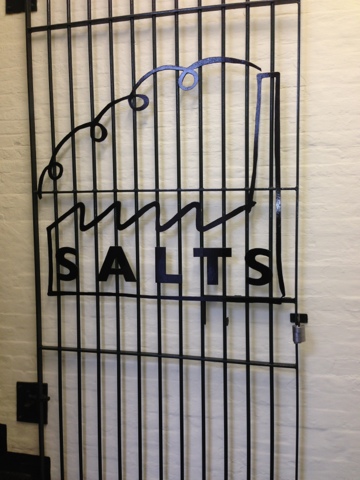 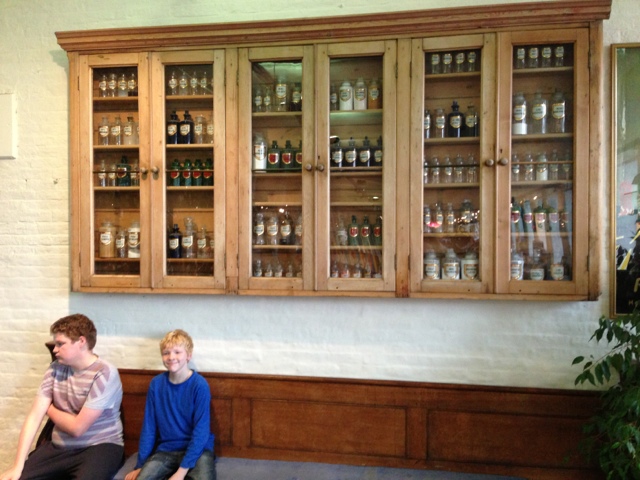