The Start of a New Season

We've spent the whole winter talking about this season, and making a point of not talking about the winter. Ice... Damp... Rain... What sort of condition would Honey be in when we returned?

Well, I had a few hours of work to do this morning and I couldn't face it - so I procrastinated, grabbed the boat keys and a warm sweater, and went out.

And there, exactly as we left her, was Honey. Still floating, still dry inside (if a bit dusty) and still with loads of charge in the batteries - the engine fired on the first turn of the starter!

I spent an hour letting the engine warm up and played with various fittings and installations, chatted with other boaters at the moorings, and paid our subs for another year with the White Rose Boat Club (a waterfront festival and a wedding planned for this year!)

A good rummage around the boat showed that there is no visible evidence of frost damage inside - so this weekend a short cruise to the nearest water point and a full system 'wet test' is planned with only a little bit of worry rather than heart-stopping panic.

It looks like we're getting some nice cheap ballast to sort out the gentle list to port, and if the money stretches then the planned repaint and renaming ceremony will go ahead this year.

And finally, the moorings are making good progress in installing the sanitation point. Things just get better and better! 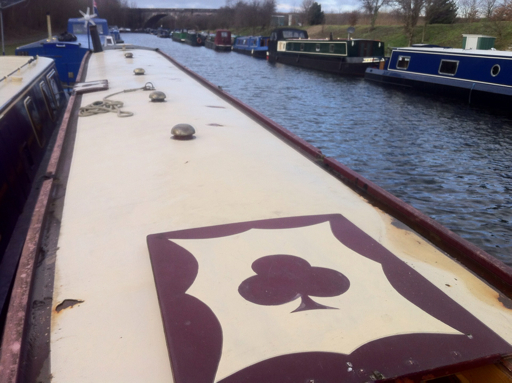 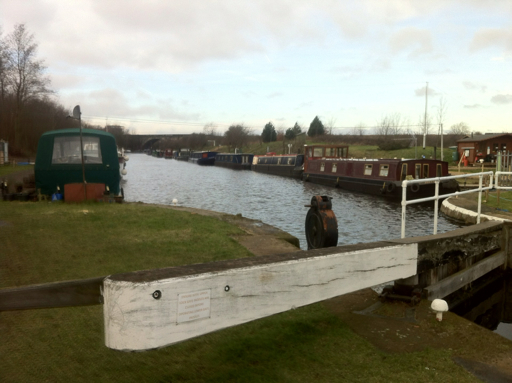 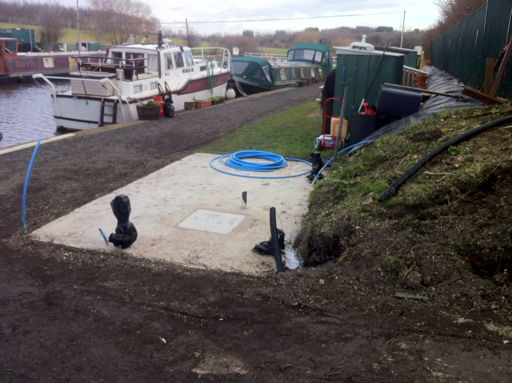